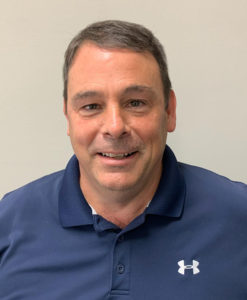 Rick Cunningham joined Eastern Shipbuilding Group, Inc. in December 2013 as the Program Manager for USCG Offshore Patrol Cutter (OPC) contract. In January 2020, he was promoted to Vice President of Government Services for current and future Government new business opportunities. Rick is a retired Navy Commander having served twenty (20) years as a Naval Engineering Duty Officer for various. After retiring from the Navy, he has worked in industry on technical and business opportunities such as hybrid propulsion and Littoral Combat System Mission Modules. He worked from 2009-2012 as the National Security Cutter Deputy Program Manager at USCG Headquarters where he led a technical team to successful contract restructuring for NSC 4-8 while also delivering NSC 2-3 to USCG Fleet. While at Eastern, he led the proposal team and captured the successful award of OPC Phase 1 & 2 and award of Lead Hull Detail Design and Construction of Lead Hull USCGC Argus (WMSM 915). Mr. Cunningham has two master’s degrees in business and Engineering and is a 1987 graduate of the U.S. Merchant Marine Academy.