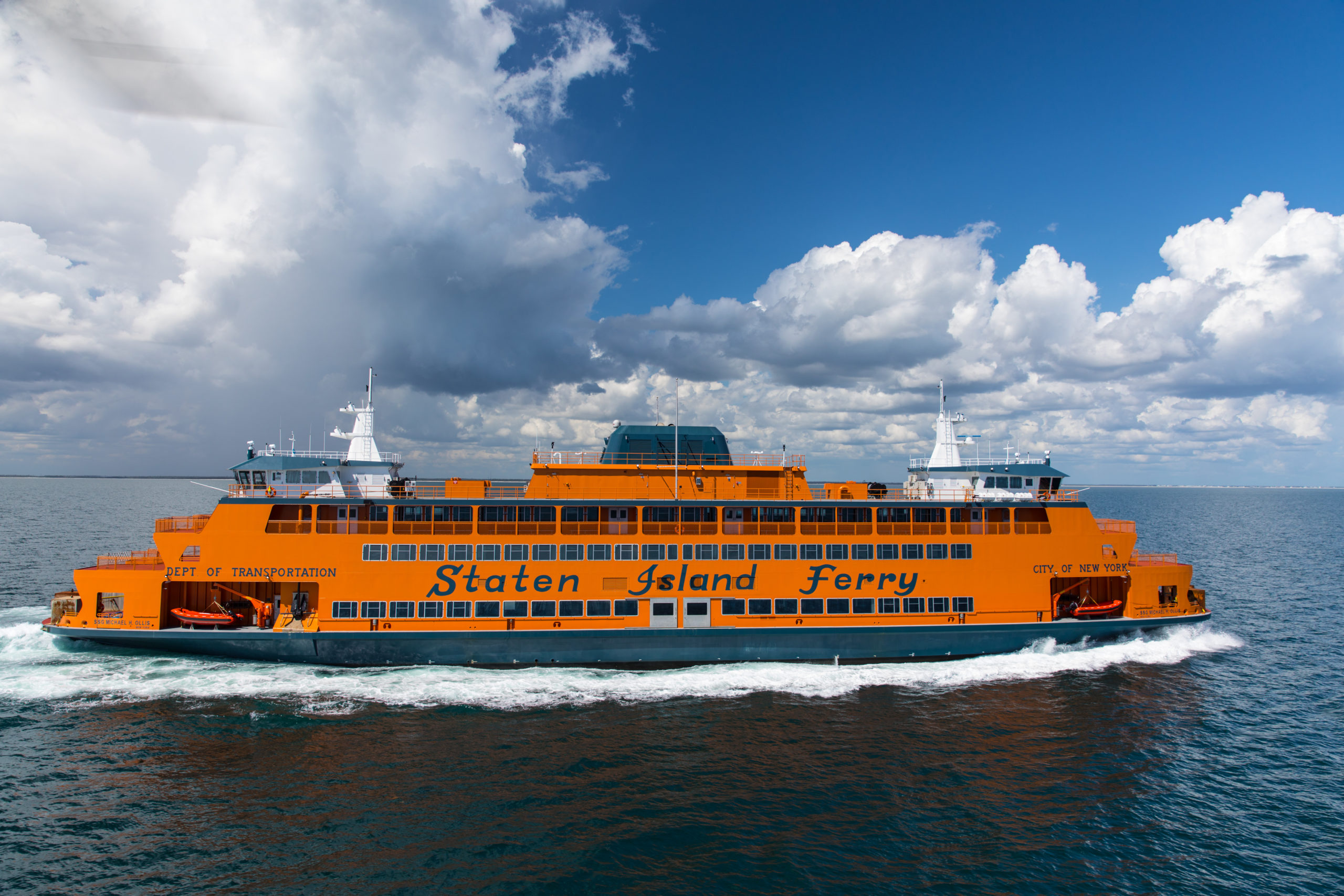 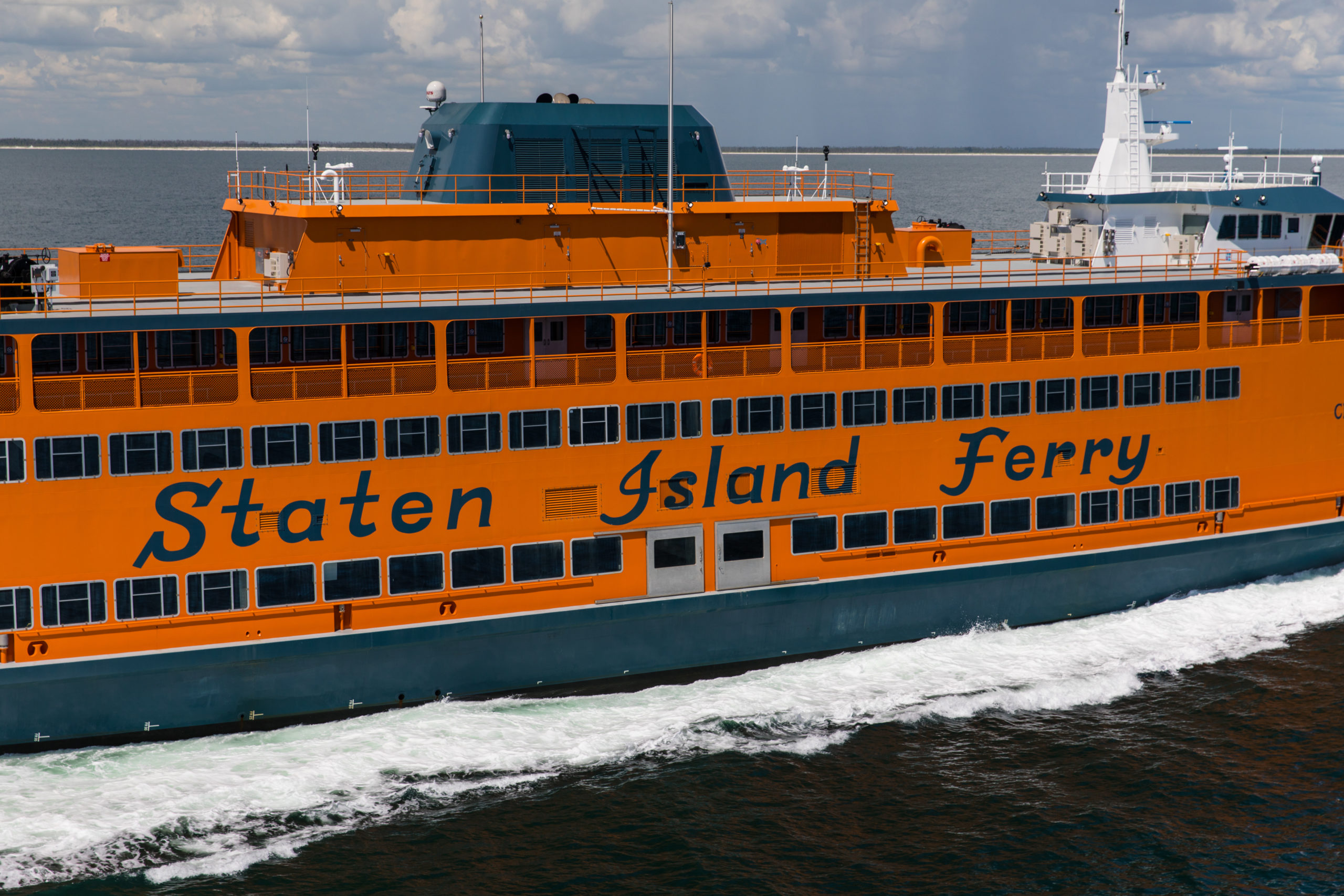 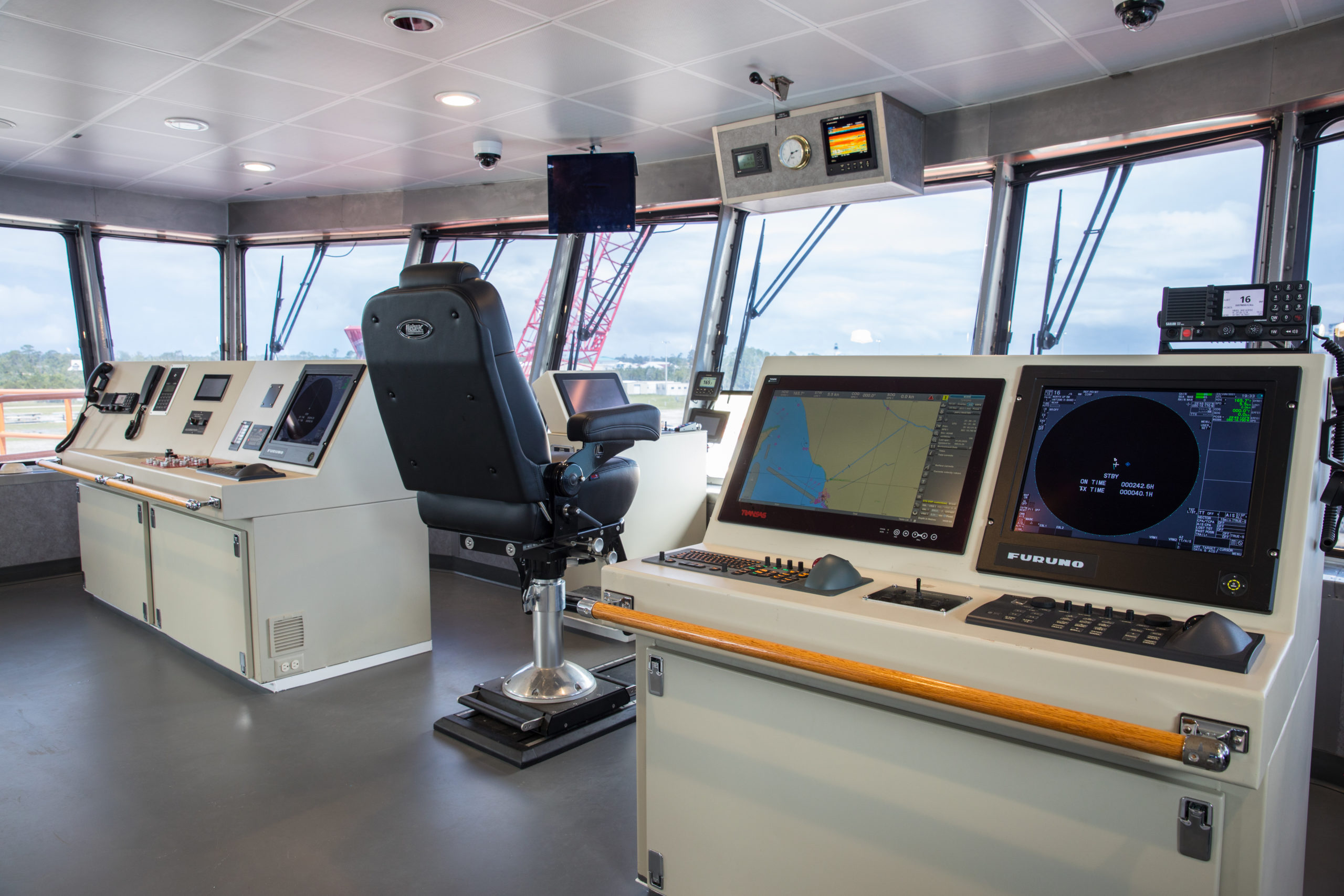 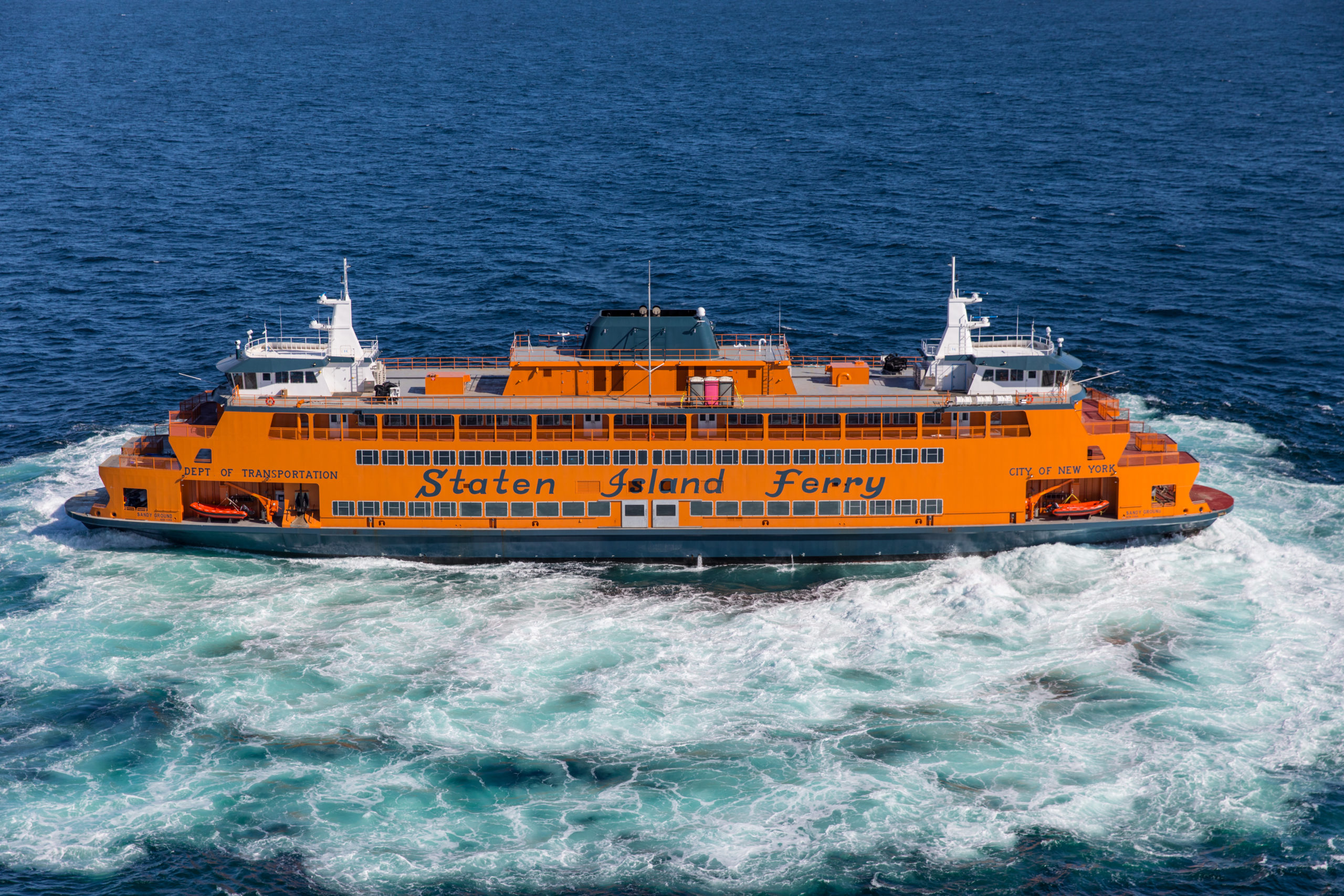 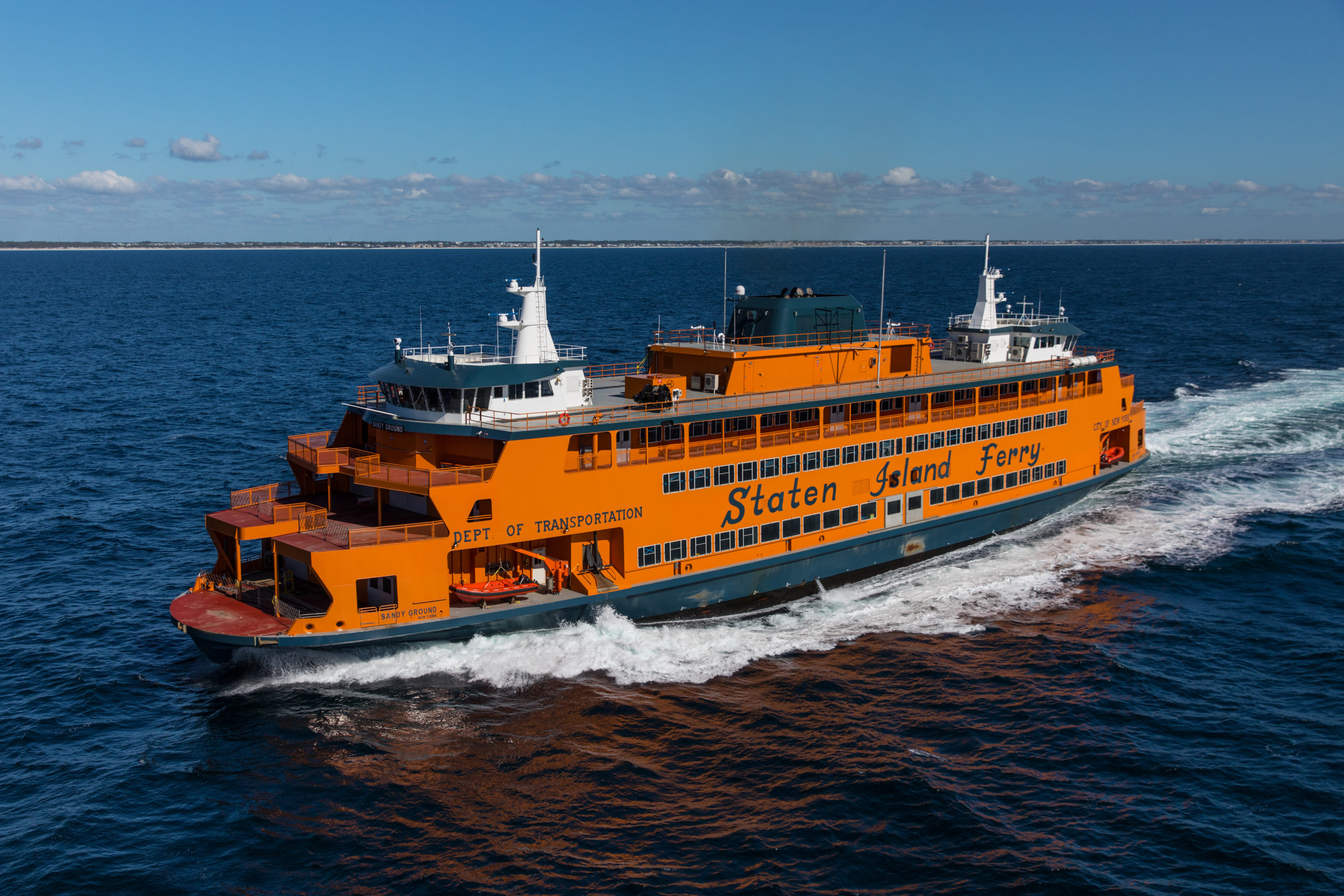 The new Staten Island Ollis Class Ferries series are named after fallen soldier of the US Army 10th Mountain Division at Fort Drum, ‘Climb to Glory’, Army Staff Sgt. Michael H. Ollis. Ollis, a Staten Island native, was killed shielding fellow soldiers from a suicide bomber in Afghanistan on August 28, 2013 while serving during Operation Enduring Freedom. Hull 219, the first of the series, is named in his honor.

The new ferries are larger, reflect modern technology, and will operate more safely in extreme weather conditions. They feature popular design elements of past Staten Island Ferries and new customer-service amenities such as more comfortable seating and phone-charging outlets and an oval upper-deck promenade that will for the first time serve as an outdoor “walking track” for ferry riders. They have the latest in marine technology for energy efficiency and environmental friendliness.

The SSG MICHAEL H. OLLIS has been awarded Boat of the Year by Workboat, Distinctive Vessel of 2021 by Marine Log, and Work Boat World’s Best Large Ferry for 2021.