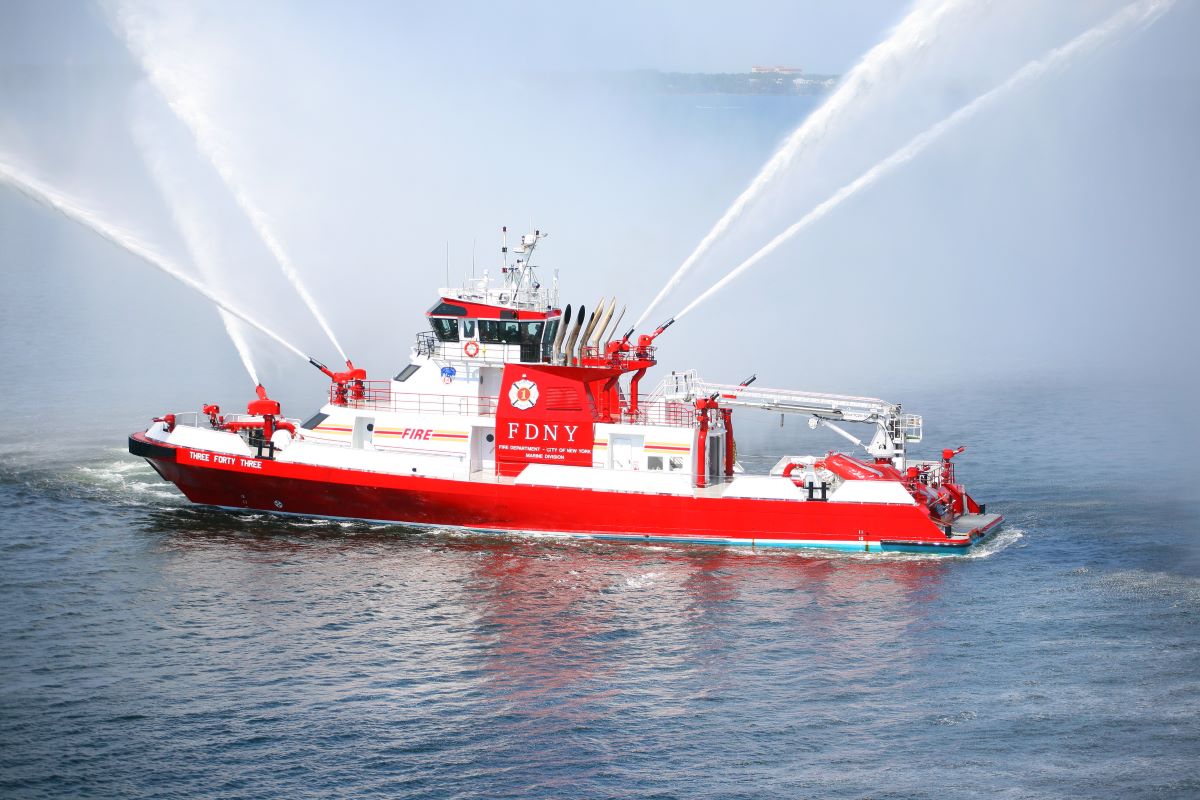 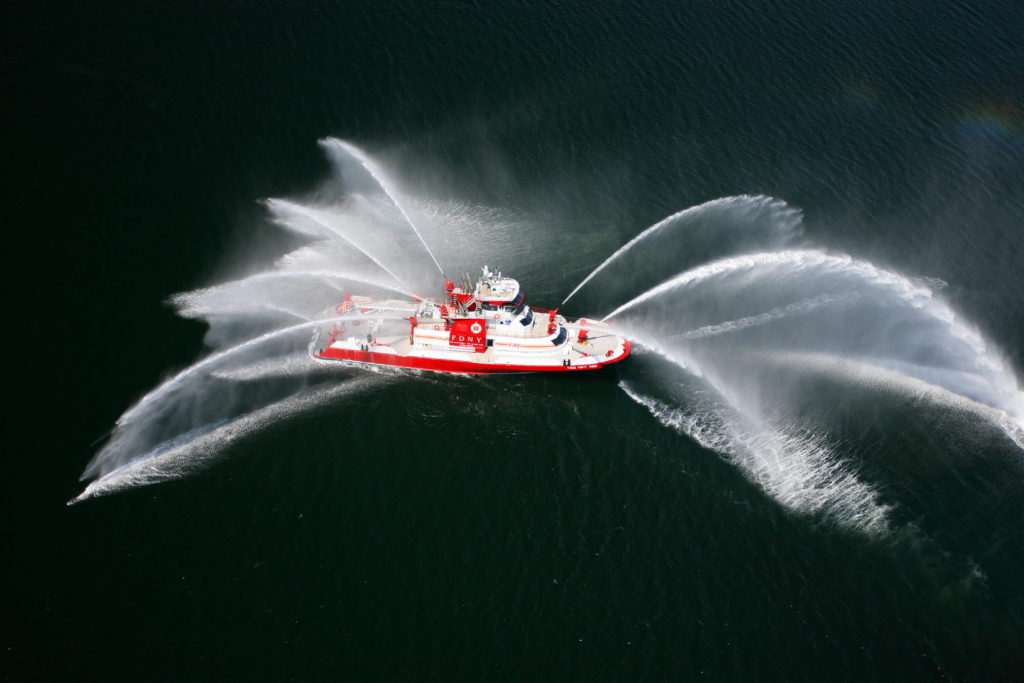 The THREE FORTY THREE was requested by the FDNY (New York City Fire Department) after the need to the modernize the Marine Operations department was identified. The 140 foot, 500 ton fireboat replaced the fifty year old JOHN D MCKEAN fireboat and is able to pump 50,000 gallons of water per minute – 30,000 gallons more than its predecessor.

The THREE FORTY THREE was designed by the Vancouver based naval architect Robert Allan Ltd. Features include the capability of protecting firefighters from Chemical, Biological, Radiological, Nuclear agents (CBRN). While performing in any of these hostile environments, the crew is protected in a pressurized area that also has its air supply filtered by special charcoal and HEPA filters. The vessel is powered by four MTU main engines, each producing 2,000 hp, and can reach speeds up to 18 knots. The pilot house offers a 360 degree view as well as a command and control area where Chief Officers can monitor and direct the operations with the aid of remote cameras and a large array of state-of-the-art communication equipment.